The Cult of Beauty: Victorian Avant-Garde at the Legion of Honor, for Art Practical 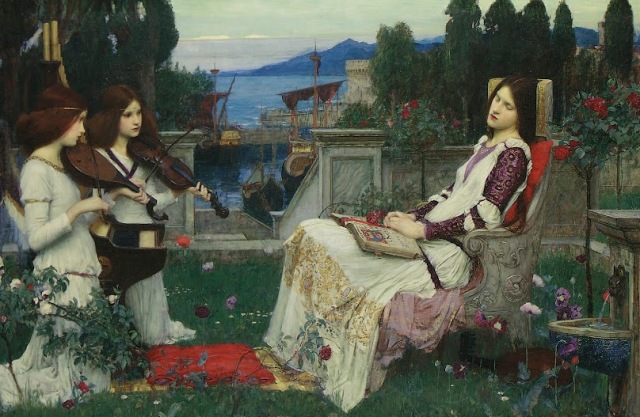 The temptation to sigh and swoon through The Cult of Beauty: The Victorian Avant-Garde, 1860–1900, at the Legion of Honor, is strong. The mostly male artists gathered here have borrowed the French poet Charles Baudelaire’s concept of “Art for art’s sake,” producing art whose primary aim was formal beauty. It’s equally tempting to dismiss the Aesthetic Movement in England, of which they were a part, as a moment of escapism before the cultural and political tumults Britain endured throughout the twentieth century. But it’s hard to bemoan the absence of moral, religious, and ethical themes in the works of Dante Gabriel Rossetti, James McNeill Whistler, John William Waterhouse, Edward Burne-Jones, William Morris, and Aubrey Beardsley. Their veneration of beauty as the primary, or even exclusive, concern of art is surprisingly seductive.

The Cult of Beauty focuses on the movement’s contributions to both the decorative arts and the “fine” ones (not that these champions of the aesthetic would have necessarily differentiated between the two categories). By applying their blinkered obsession to every facet of their lives, these artists created the first incarnation of what we might describe today as lifestyle porn, designing furniture, wallpaper, ceramics, textiles, and more. Several installation walls are papered in modern reproductions of William Morris or Edward Godwin designs: elaborate patterns involving swans, peacock feathers, and flowers in rich, liberally gilded earth tones. These wallpapers refute the accepted minimalist wisdom that less is more when it comes to interior decor. Though rich with motifs and bold colors, they are not cluttered or noisy, offering proof that a room’s visual harmony can be enhanced, rather than jeopardized, by complicated design elements and patterns. Building on the achievements of the celebrated Victorian gift book binders, the artists of the Aesthetic Movement also experimented with print, emphasizing beauty in the typography, cover design, paper, presswork, and illustrations of their books. (continue reading)