I’m going to the opening of Lines’s spring season tomorrow. Are you? 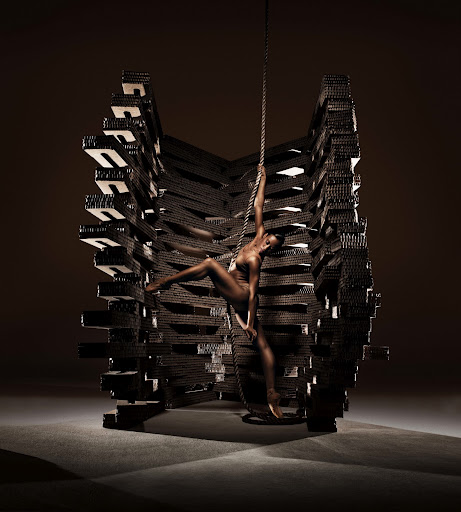 You all know how much I love Lines Dance Company, right? So I’m thrilled to be attending the opening of their home season tomorrow night at Yerba Buena Center for the Arts. They’re performing Triangle of the Squinches, which is apparently not a Dr. Seuss book acted out en pointe, but a collaboration between artistic director and choreographer Alonzo King, Grammy-winning composer Mickey Hart, and architect Christopher Haas.

For the score, Hart gathered light waves from the heavenly bodies and converted them into layers of sound. No idea what to expect, but I’m sure Pythagoras would have gotten in on that had he the equipment. San Franciscans are already familiar with architect Haas’s work–he was one of the architects of our new De Young Museum, the mere sight of which can make one worry if one’s tetanus shots are up to date. For Triangle, Haas spared us this anxiety; he created an interactive set made of recycled cardboard and elastic chords.

From the press release: “Alonzo King explores the inner and outer space of the body: how do we strive to touch something infinite with our material forms? What is the resonance between the bodies we inhabit and the forms we create?”